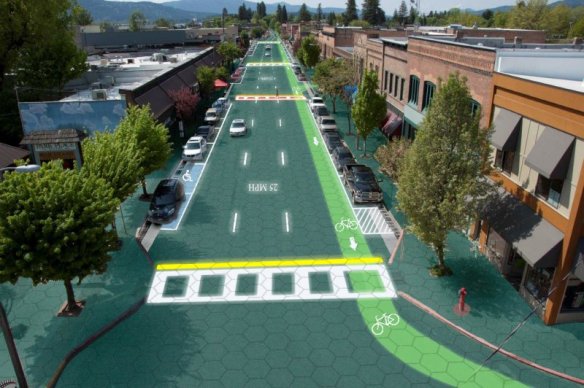 It is a great idea that is happening now. 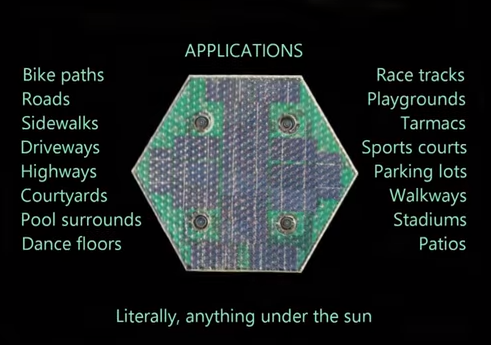 Today is the time to be thinking about tomorrow.

Today is the time to be making the future of clean energy generation and energy security a reality.

I firmly believe that one of the answers to powering the future with clean, renewable, domestically generated, job producing energy is Solar Roadways.

The Solar Roadways crew is not a huge corporate mega-monopoly hell bent on making power in the dirtiest way then pocketing your money and trying to shut down all the renewable energy companies…no. 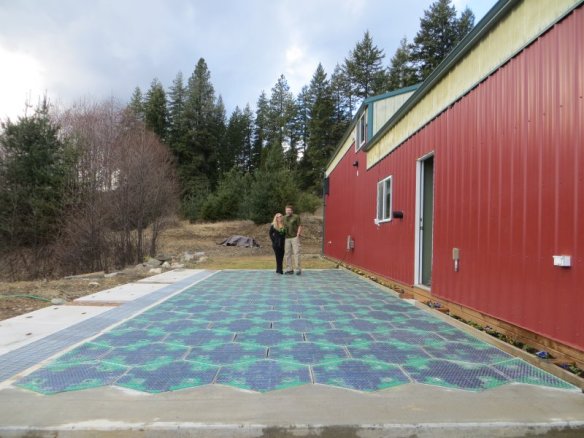 With a cute dog named Chantilly that has no idea that it is walking on the future of clean energy generation.

They are normal people with a vision of a future powered by clean solar energy generated from the thousands of miles or driveways, parking lots, airports, and roads that are just sitting out there cooking in the sun.

The Brusaws are about to wrap up a crowdfunding campaign on Indegogo  that has so far generated over 2 million dollars that will go toward making Solar roadways happen!

If you are at all concerned about the future of anything good then please, consider helping the Brusaws fund their amazing idea.

Contribute and be part of positive change.

Be the change you wish to see in the world.

Watch this incredible video that explains all the benefits of Solar Roadways.

All photos from Solar Roadways

Bluewaterleaf is not affiliated with Solar Roadways–we just think it is a great idea that needs to happen.

Bluewaterleaf and Solar Roadways is not affiliated or responsible for adds that may appear below this line.